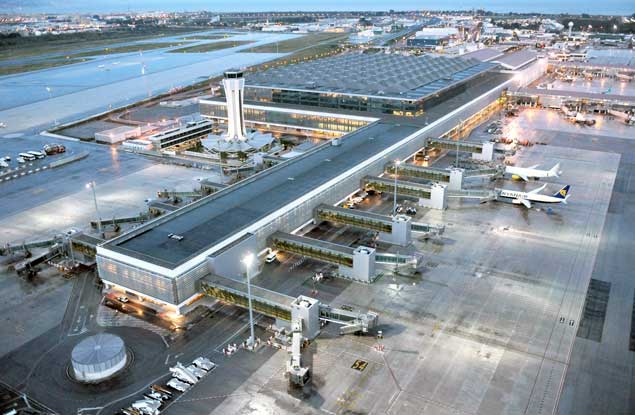 Annexed to the Pablo Ruiz Picasso terminal, the new Malaga Airport T3 has a unique roof with 117 pyramid-shaped domes and covers a surface area of approximately 250,000 square metres. Access is through a light and transparent glass curtain wall which lets the Malaga light through.

This space houses the processing building, the boarding dock and the transportation hub. The first consists of the check-in lounge with 86 desks; a large shopping mall with shops offering top brands, services and catering outlets; and the baggage reclaim hall.

The processing building leads to the boarding dock, which houses 20 boarding gates and to the transportation hub, located in a large square over the bus station. Here, the traveller can also connect to the future suburban train station or get to the taxi rank quickly to travel to any part of the Costa del Sol.

If you are looking for a great selection of places to stay with discount prices, visit Hotel in Malaga for more information. 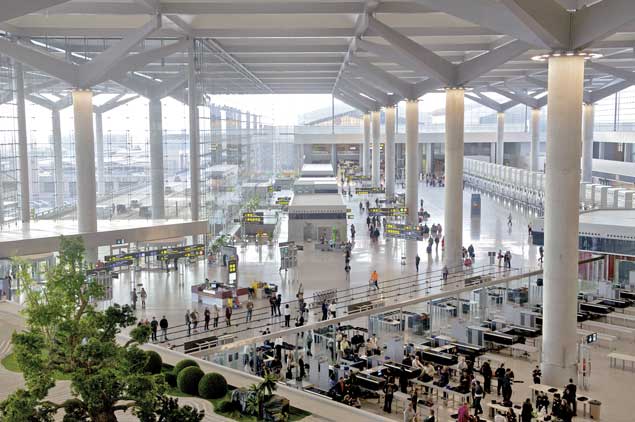 Malaga airport places at the disposal of passengers, companions and visitors a new, functional and attractive infrastructure that is easily accessible and equipped with two spacious car parks and a wide and top quality range of commercial facilities. 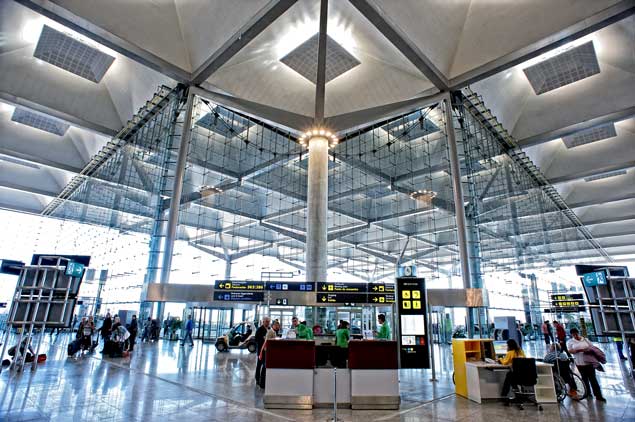 Check the terminal your airline operates from in the following list, to know where you should go to check in. Arrive at the terminal with sufficient time in case of unforeseen delays.

View the arrival and departure times

Find out more about MALAGA AIRPORT

Malaga-Costa del Sol airport is located 8 km from the Malaga city centre with excellent connections to any location at the Costa del Sol.

Malaga Airport is one of the oldest Spanish airports as well as being one of the original locations of the first airline founded in Spain in 1919.

Most of the traffic handled by Malaga airport is from the European Union. The United Kingdom is the destination with the highest volume of passengers, with London Gatwick heading the table, followed by Manchester and London Stansted. These British airports are followed by other European destinations: Dublín, Paris / Charles de Gaulle, Amsterdam / Schiphol, Brussels and Copenhagen.